Ivanna Klympush-Tsintsadze: “We do not need substitutes for EU membership, we understand very well what such a proposal means” 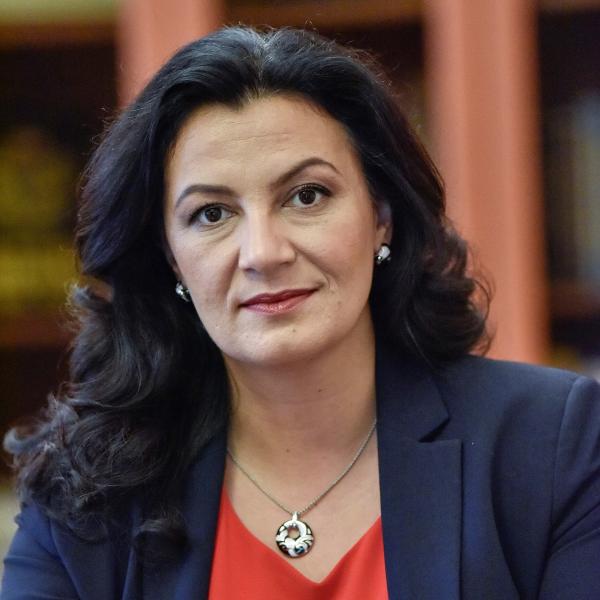 The Chair of the Committee on Ukraine’s integration into the EU says its inadmissible to create new European political alliances that could replace Ukraine’s membership in the European Union. Ivanna Klympush-Tsintsadze stated this after the Declaration of the Chairmen of the Foreign Affairs Committees of the Parliaments of France, Germany, Italy and Spain. In this document, the signatories actively support President Macron's proposal to create a separate European organisation that, they say, could include Ukraine.

“We are grateful to France, Germany, Italy and Spain for the support expressed in the joint declaration of the Chairmen of the foreign affairs committees of their parliaments. It is important that, finally, the need to help us with military equipment is not questioned. We are grateful for the readiness to impose an embargo on Russian oil and move towards reducing Russian gas consumption by imposing additional duties on it”, Ivanna Klympush-Tsintsadze said.

At the same time, she is convinced that proposals for a new “European political community” are unacceptable: “How can we talk about supporting Ukraine and our common values, and then immediately welcome President’s Macron’s proposal to establish a new European political community? We do not need substitutes for EU membership, we understand perfectly well what such a proposal means... This is a proposal for an extension for Ukraine at the EU gates”.

The Chair of the Committee is convinced that such initiatives are harmful not only for those seeking EU membership, but also for the Union itself: “This will split the continent, which is already attacked by the Russians. Instead of working towards unity, Mr. Macron is proposing to undermine stability even more through negotiations with Putin and creating two parallel Europes of different grades. This is unacceptable and contradicts the key principles on which the EU stands”.

Ivanna Klympush-Tsintsadze stated that Ukraine will continue to uphold the principles and values on which the European Union is based. “We will ensure that these principles are respected and that European values are never questioned again and are fought for. After all, with our blood we have proved that we are not worse than others, even if they are stronger”, she said.