Ivanna Klympush-Tsintsadze: “The world today should unite the efforts and guarantee that no dictator will ever dare to attack another state” 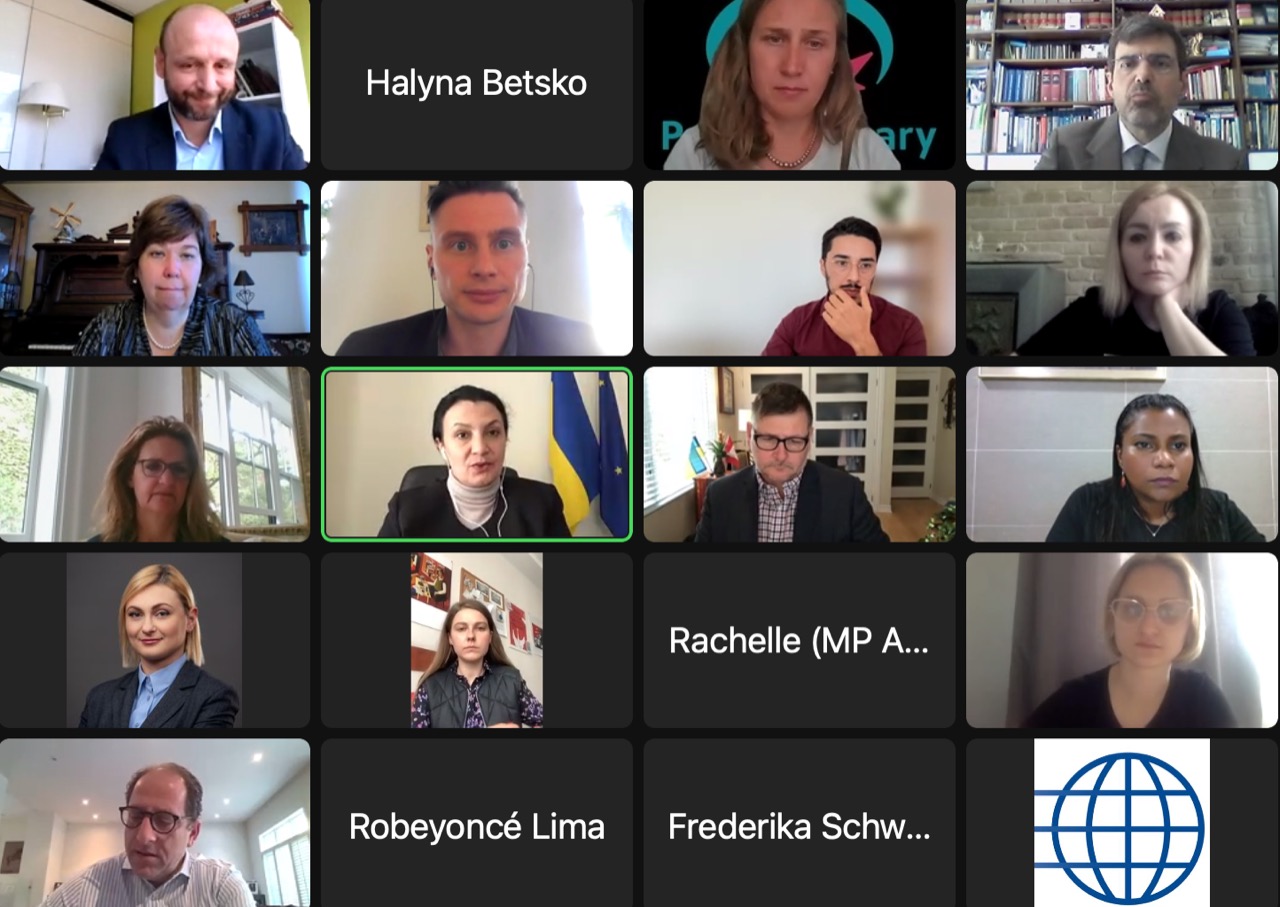 The Chair of the Committee on Ukraine's Integration into the EU took part in the discussion titled “Parliamentary dialogue with Ukrainian legislators: current situation, work of parliamentarians, needs and the options for international support”. The discussion was organized by Parliamentarians for global action (PGA), the Parliamentary Centre (Canada) and the Laboratory of legislative initiatives to discuss ways to strengthen national, regional and international cooperation.

Ivanna Klympush-Tsintsadze reminded the participants of the meeting that the war in Ukraine did not start on 24th February this year. It had been lasting already for eight years. But the world has not punished Russia for attacking Ukraine. “Unpunished evil will only grow. Its appetites will increase. Unpunished evil will feel indulged to commit new crimes and cause destruction”, she said.

The Chair of the Committee is convinced that today the whole world must unite its democratic efforts and guarantee that no dictator, no autocracy will ever dare to attack another state. Because if the world allows Ukraine to fall, then everyone else will have to go through this painful experience of what Ukraine is going through now. This will have a domino effect and global consequences.

Ivanna Klympush-Tsintsadze called on parliamentarians to work at all possible levels to ensure that as many countries in the world as possible recognize Russia as a state that supports terrorism. This will help further strengthen sanctions against the aggressor country: “We are now feeling very clearly the consequences of the appeasement policy that has been applied to Russia for years. This has led to strong dependence on Russian resources in the region. And even now Russia is on the alert. In Algeria Sergey Lavrov is trying to ensure that Algeria does not provide additional fuel to the European Union. That is why we all need to be mobilized. Moreover, everyone has to do their job to cut off funding for the Russian Federation. I understand the economic interest very well, but it's time to decide — people's lives or short-term benefits”.

The Chair of the Committee stressed that with the help of international organizations, parliamentarians and politicians from all over the world, Ukraine should be provided support while addressing those states that are still under the influence of Russian propaganda: “What Russia is telling to the world is neither the opposite point of view nor another part of the truth. This is a total lie and manipulation. And, unfortunately, this is not obvious in many countries, such as India, South Africa and Mongolia, which did not vote for the UN General Assembly resolution condemning Russia's war against Ukraine”. Russia, according to Ivanna Klympush-Tsintsadze, invests a lot of money and a lot of efforts to keep these countries under its influence, it has its lobbyists there. Therefore, the democratic community must work at all possible levels to bring the truth to the world.

Ivanna Klympush-Tsintsadze also stressed that it is important that as many politicians, government officials and parliamentarians from all over the world come to Ukraine and see the horrors and consequences of the atrocities committed by Russia. According to the Chair of the Committee, Ukraine will support these visits in every possible way.