Ivanna Klympush-Tsintsadze notes, “ I do not see an opportunity for Ukraine to be neutral with such a neighbour as Russian Federation” 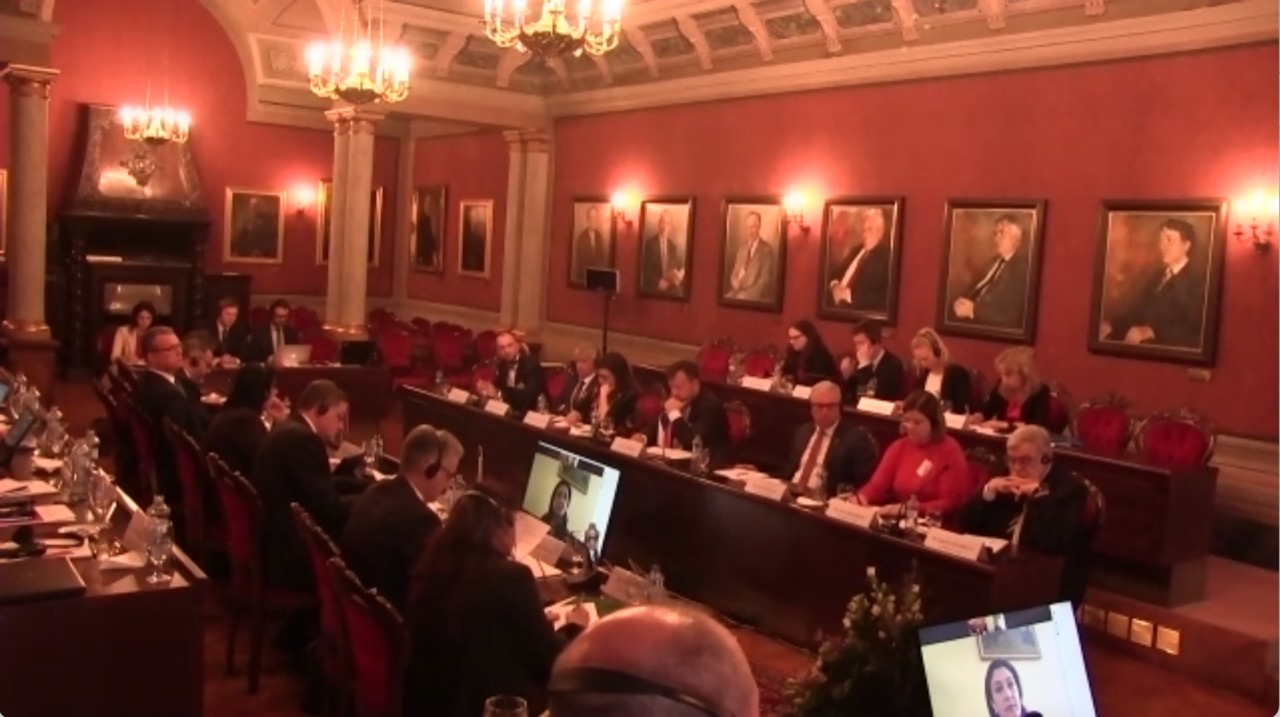 The Chair of the Committee on Ukraine's Integration into the EU took part in the meeting of the EU Affairs Committees of the Parliaments of the Visegrad Group countries (Poland, Hungary, Slovakia and the Czech Republic). She informed the participants about the greatest challenges, dangers and needs of Ukraine in the war waged by Russia.

Ivanna Klympush-Tsintsadze said that Russia's attacks in Ukraine are intensifying: “Unfortunately, fierce battles are being fought for our territory and our people in the northeast, southeast and east of the country. Very few places are safe throughout the country. The civilian population of Ukraine is being killed, Ukrainian citizens are being forcibly deported from the occupied territories, men are being forcibly enlisted to the armed forces of the Russian Federation. It cannot go unnoticed by the world community”. The Chair of the Committee expressed hope that the member states of the Visegrad Four — Poland, the Czech Republic, Hungary and Slovakia — would actively contribute to documenting Russia's crimes in Ukraine and will help to ensure that those responsible are brought to justice: «Putin is not killing us personally. This is Russia's collective responsibility for this war».

The Chair of the Committee called on the participants of the meeting to work with their parliaments to recognize the Russian war in Ukraine as genocide of the Ukrainian people: “Two weeks ago the Verkhovna Rada called the war in Ukraine as genocide of Ukrainians. We are grateful to Estonia and Latvia, which have already approved the same decisions, and I ask you to start discussions on this issue in your parliaments”.

Ivanna Klympush-Tsintsadze noted that the current war is not only against Ukraine, but also against the whole free world: “We Ukrainians are at the forefront of Western civilization and therefore we are sorry to realize that some countries have decided not to support us. It hurts us that Hungary has decided not to help us fight for survival. I very much hope that additional discussions will be held and this position will change”.

The Chair of the Committee is convinced that the greatest humanitarian aid for Ukraine today is the weapons: “I want to thank all those states that transfer weapons to us. For Ukraine, this is the only way to preserve its existence — to expel the enemy from our land”. She also added that she was grateful for the sanctions that the West had already imposed on Russia, but there were still too many gaps in the sanctions against the Russian Federation. The Chair of the Committee called to take measures to close these loopholes in sanctions against Russia.

Ivanna Klympush-Tsintsadze noted that she does not see an opportunity for Ukraine to be neutral alongside a neighbour like the Russian Federation: “If we decide on neutrality today, it will mean slavery for us tomorrow. We will be transformed into a southern district of Russia and we will not have a future. We were a non-aligned country in 2014, when Russia annexed Crimea and attacked Ukraine. And it has not given us any protection”.

The Chair of the Committee also called for intensified efforts to provide humanitarian assistance to internally displaced citizens of Ukraine: “We call on countries across Europe to continue to collect humanitarian aid. Because, unfortunately, more and more territories need this help in Ukraine”. She also asked the representatives of Poland, Hungary, Slovakia and the Czech Republic to become supporters in the decision to grant Ukraine a candidate status for the EU membership: “I understand how much needs to be done to make such a decision possible. I ask each of you to advocate for this decision at all levels. We understand that the transformation the country needs to go through in order to join the European Union is huge, but for us, it is not just a question of well-being, rules and procedures. It is a question of believing that our struggle today has a ray of hope that we will become a full member of the European Union”.