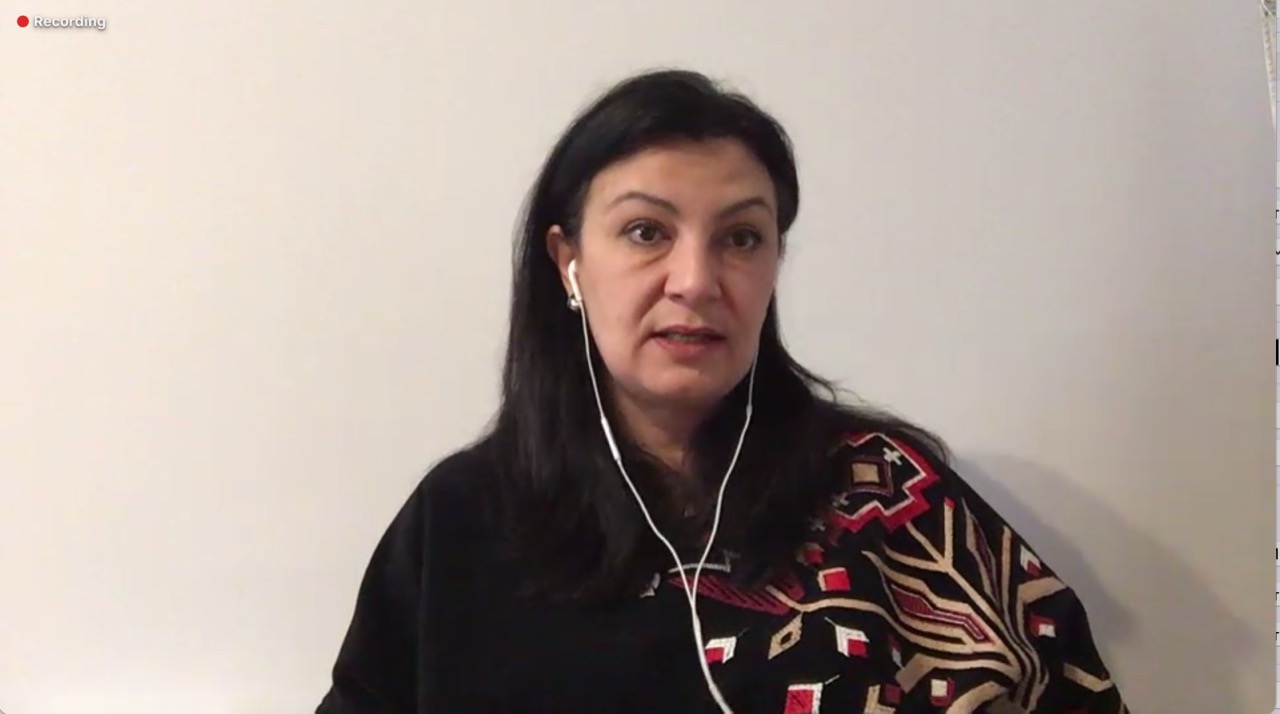 The Chair of the Committee thanked for the EU support of Ukraine under the French presidency, noted, however, that France could and should do more: "We hear that France is ready to support us morally and financially, but I do not see that France is ready to help us defend ourselves with something more substantial than blankets”, Ivanna Klympush-Tsintsadze said. She called for providing Ukraine with heavy weapons, fighters and air defence equipment. "NATO claims that the introduction of a no-fly zone over Ukraine is not being considered. Then give us weapons and equipment, so that we could close the sky ourselves”, said the Chair of the Committee. She also noted that France could go further in imposing sanctions on Russia: "Just yesterday, the EU introduced another package of sanctions against Russia. It is good that, finally, an embargo on at least Russian coal purchase has been imposed. An embargo on Russian oil is also being discussed. But Europe must give up Russian gas as well. Why? Because since February 24, when the war began, Europe pays Russia 700 million euros every day for its fossil fuels. It sponsors Russian terrorism in Ukraine. And this must be stopped”.

Ivanna Klympush-Tsintsadze is also convinced that the EU should close the loopholes in the already imposed sanctions. When it comes to disconnecting Russian banks from SWIFT, it should apply to all of them, not only to six or eight banks. Then this tool will be effective.

Regarding the option, which is currently being discussed a lot, including in France —abandoning the course to a NATO membership — the Chair of the Committee reminded that Ukraine was neutral and non-aligned in 2014, when Russia first attacked, illegally annexed Crimea and temporarily occupied part of eastern Ukraine: "Neutrality has not protected us from Russian attacks and from violating international agreements. We are convinced that by agreeing to neutrality today, Ukraine risks falling into slavery tomorrow. There is a threat that it will become another federal territory of Russia. Because this is exactly Russia's goal — to ensure that Ukraine as a state does not exist. And Russia has made it crystal clear that it wants to demilitarize, de-Ukrainize and de-Europeanise Ukraine”.

The Chair is convinced that only the Ukrainian people, who are defending their country, should decide about the future of their state: "Currently, almost 70% of Ukrainians support Ukraine's accession to NATO. And we are convinced that if NATO had provided Ukraine with an action plan back in 2008, we would not have witnessed an invasion of Georgia and an attack on Ukraine that has been going on for eight years”. Ivanna Klympush-Tsintsadze stated that only NATO, and more specifically NATO membership, can guarantee Ukraine's security. Because all the assurances in support of sovereignty that Ukraine received, in particular, within the framework of the Budapest Memorandum, turned out to be a fig leaf.

As for the talks with Russia, the maximum that they can result into is a temporary ceasefire: "We should not hope for a peace agreement with Russia. Because you can't negotiate when you are at pistol point , when you are being raped, you’re bleeding and your house is being destroyed. These are not peace talks. There is no country in the world that wants peace more than Ukraine does. We do not need peace via capitulation, we will not give up our values and our sovereignty”. The Chair of the Committee expressed hope that French politicians and the French people would support the choice of Ukrainians to be able to define their own future. "We would like to see more courage from you, as Ukrainians are showing it now. We want to see from you the ability to face challenges together. Russia will not stop if it is not stopped. If Ukraine falls or capitulates in this war, Russia will bring this war to other regions. And this is not in the interests of either the EU or NATO", said Ivanna Klympush-Tsintsadze.

The Chair of the Committee also stressed the collective responsibility of the Russians for the war in Ukraine: "It is not Putin who personally kills our citizens, rapes women, kills children, throws bombs at our cities, takes away our homes. These are specific people who are doing this on our territories”. She reminded French deputies that more than 80% of Russian citizens support the war in Ukraine, and the rest, even those who do not support it, silently tolerate this war. In international law, there is such a term as a collective responsibility and today it applies to all Russians for the war it is waging against Ukraine, Ivanna Klympush-Tsintsadze said.