”We very much hope that the embargo on Russian fuels will be introduced in the nearest future,“ Ivanna Klympush-Tsintsadze says 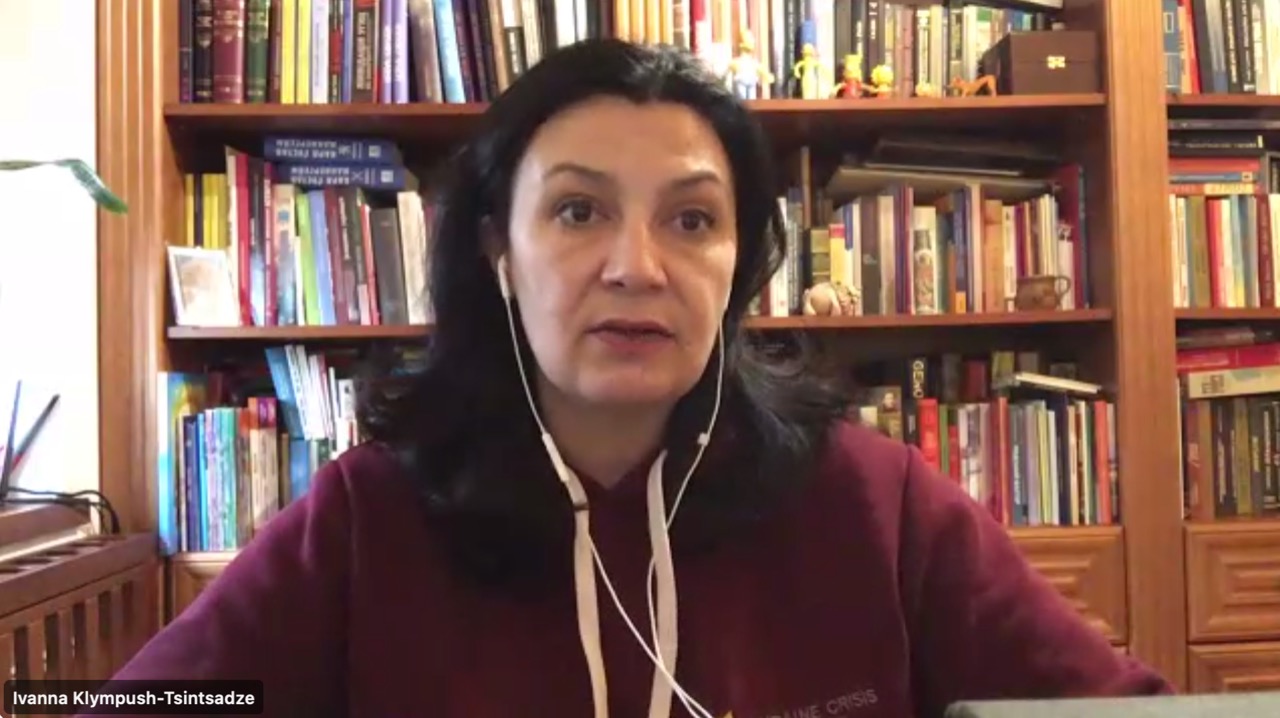 Members of the Committee on Ukraine's integration into the EU met members of the Bundesrat, the Upper House of the German Parliament.
The Chair of the Committee informed German colleagues about the atrocities committed by Russian occupiers in Ukraine, ”Every day we see the terrible consequences of Russia’s invasion of Ukrainian soil. People's bodies are exhumed, and the number of deaths is growing every day. And among them there are many women, children and the elderly. Unfortunately, we are witnessing more and more crimes against humanity and acts of genocide, such as the brutal rape of women, children and men, as well as the torture and execution of unarmed people with their hands tied behind their backs. This call for a strong and joint response from the whole free world”.

Ivanna Klympush-Tsintsadze called on German parliamentarians to provide Ukraine with heavy weapons and to further strengthen sanctions against Russia, ”We have courage and unity, but without weapons, we will not be able to defend ourselves. We are also counting on support in imposing additional sanctions. I know it is not easy, but Russia only understands the language of strength and unity. Therefore, we very much hope that the embargo on Russian oil will be introduced in the nearest future. It is also necessary to look for alternatives to Russian gas in order to give it up completely. Every euro the EU pays to Russia goes to finance the war in Ukraine. Russia’s goal is to erase us from the map of the world. Few believed that Ukraine would be able to resist Russia's attacks and thwart its blitzkrieg plans. We will be proud to continue this struggle for freedom, but we need your help.”

The Chair of the Committee is convinced that Russia should be isolated from the civilized world, and Germany can also play an important role in it: ”Many of your federal states have twinning programs with Russian cities or regions. It's time to break those ties. Because it is about the collective responsibility of the Russian people. It is not Putin who is killing us. This is done by his soldiers and officers, particular people. The absolute majority of Russians actively or silently support the war in Ukraine.”

First Deputy Chairman of the Committee Vadym Galaychuk called on German colleagues to oppose Russian propaganda inside Germany, ”It is difficult to wage this war on the information front because of how far Russian propaganda goes. And, unfortunately, it reaches far into European countries. We look forward to your serious reaction to the marches in support of the war taking place in German cities. Germany was one of the first countries to sign a referral to the International Criminal Court requesting to investigate Russian war crimes in Ukraine. That is why it is important that Russian propaganda, which, for example, describes the Russian army's bloody massacre of civilians in Bucha as being staged, the reaction to this propaganda must be strong and substantial».

Ivanna Klympush-Tsintsadze reminded that since 2014 Russia has exploited the main tools of democracy in Europe and the world to manipulate societies. ”Russia has turned the media, think tanks and public organizations into propaganda tools. And now, if people who live in the free world and support Russia's war against Ukraine in demonstrations, such demonstrations should be banned immediately. They have no right to exist in any democracy. It is not about the right of people to protest, but about people who support the bloody, unjustified massacre of other people. This contradicts humanity and violates all the principles of the international order. We hope for your clear legislative approach to ensure that Russian lies, manipulations and propaganda do not grow on the German soil,” said the Chair of the Committee.

The Chair of the Committee also called on Germany to support granting Ukraine the status of a candidate for the EU membership. ”In the Committee on Ukraine's Integration into the EU, we understand perfectly how much work and transformations await Ukraine so that it can become a member of the European Union. But today, granting a candidate status can be a ray of light for the Ukrainian people, who are fighting for European values and freedoms,” Ivanna Klympush-Tsintsadze concluded.
To review start